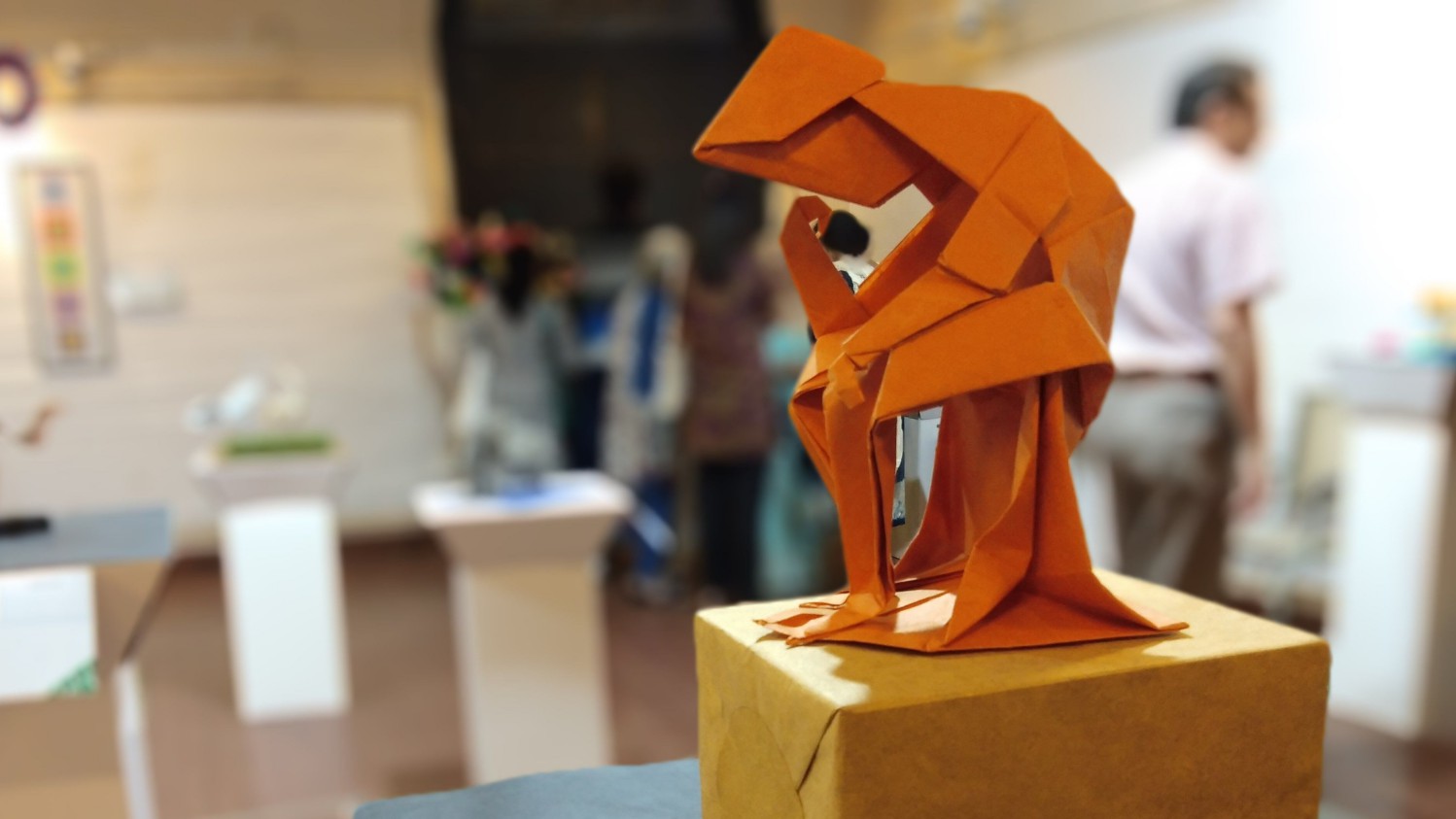 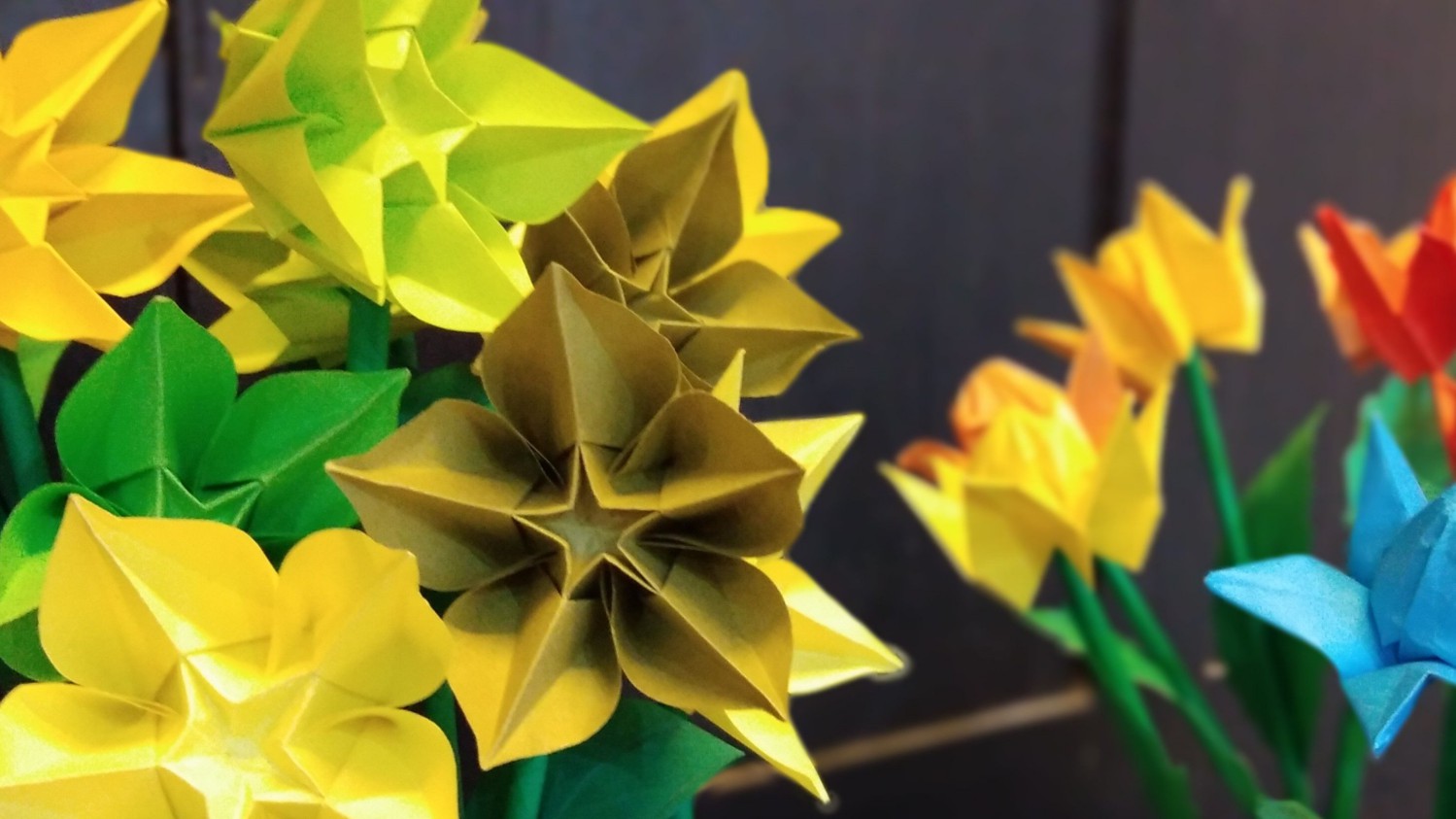 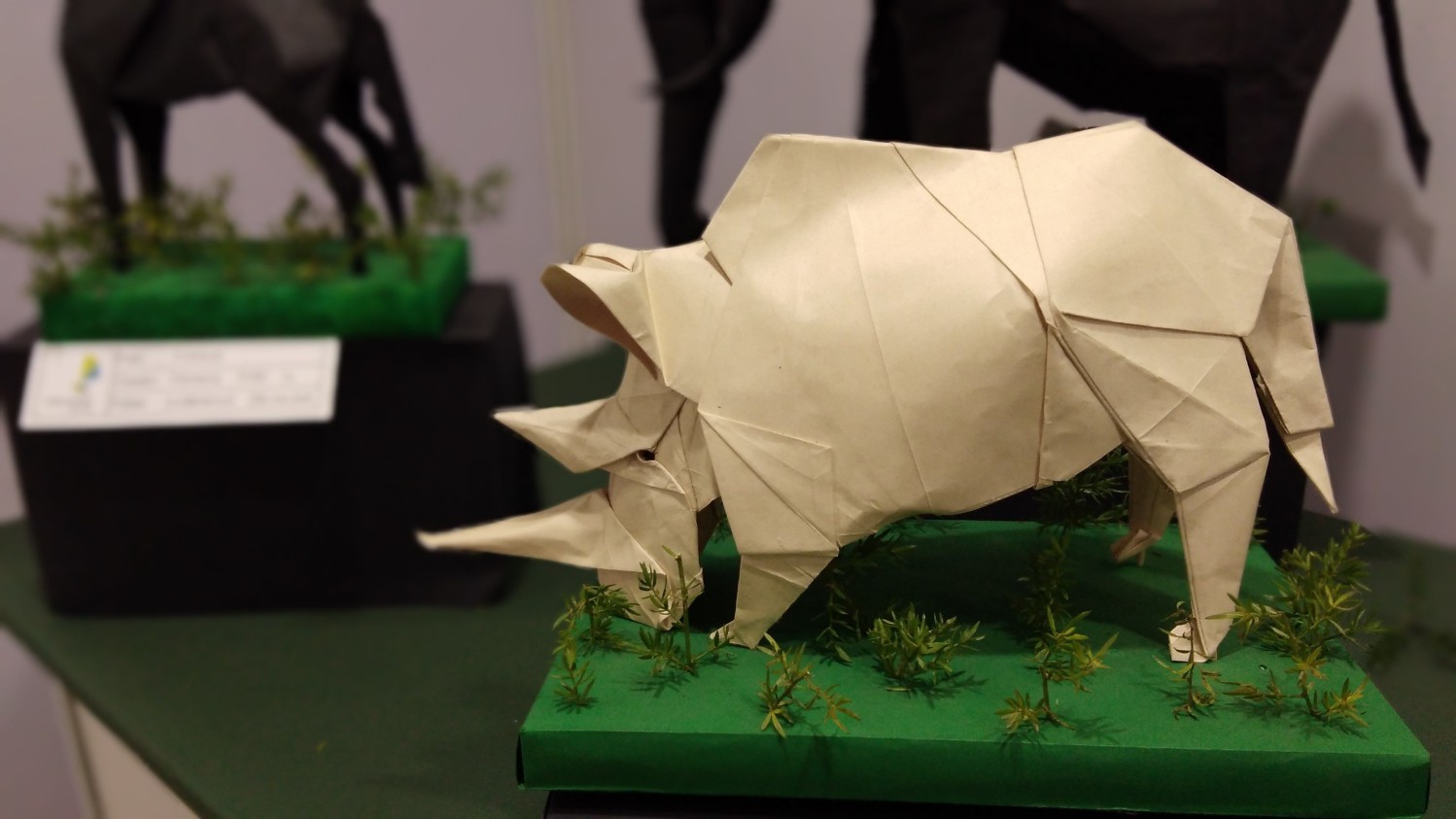 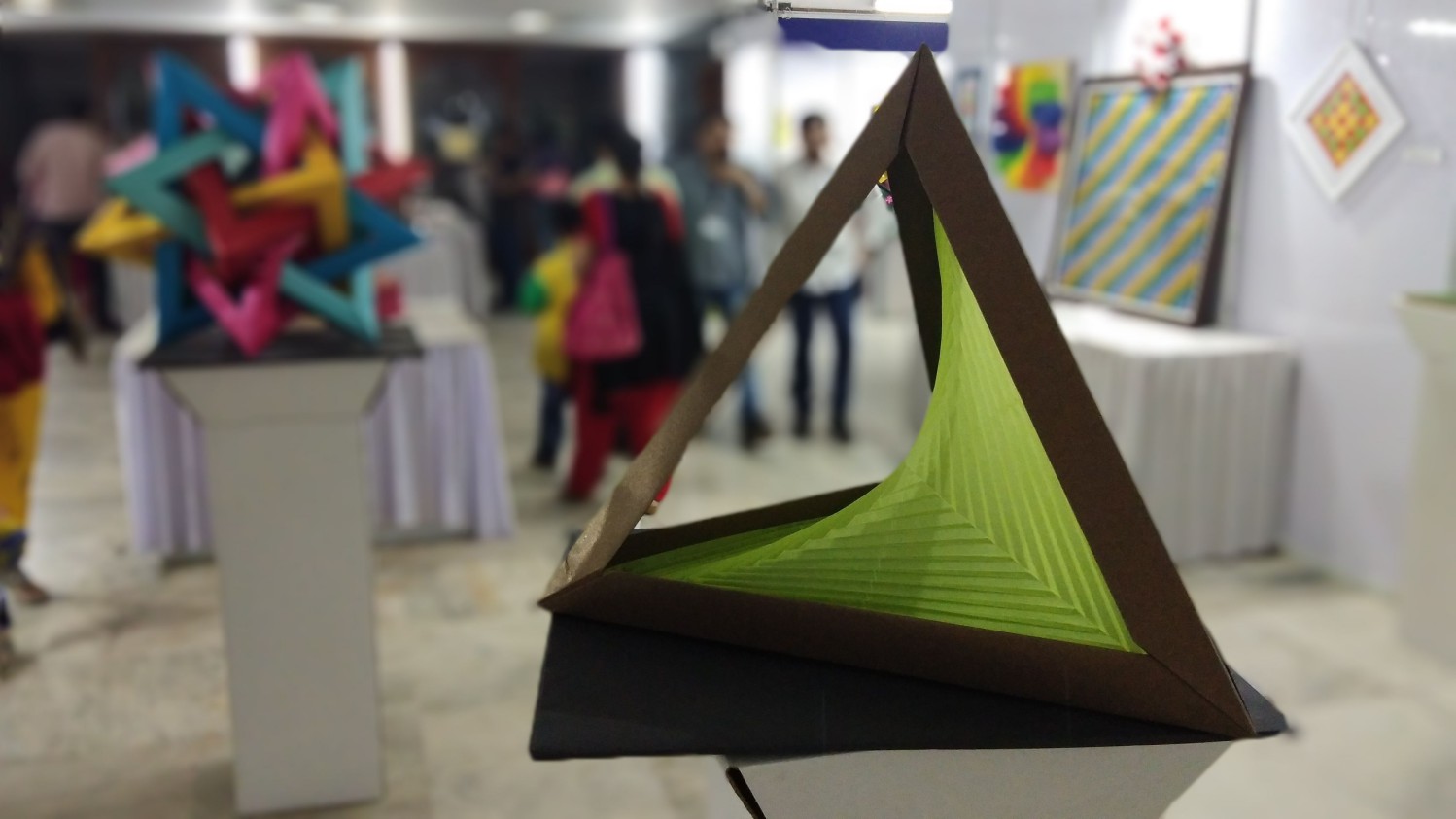 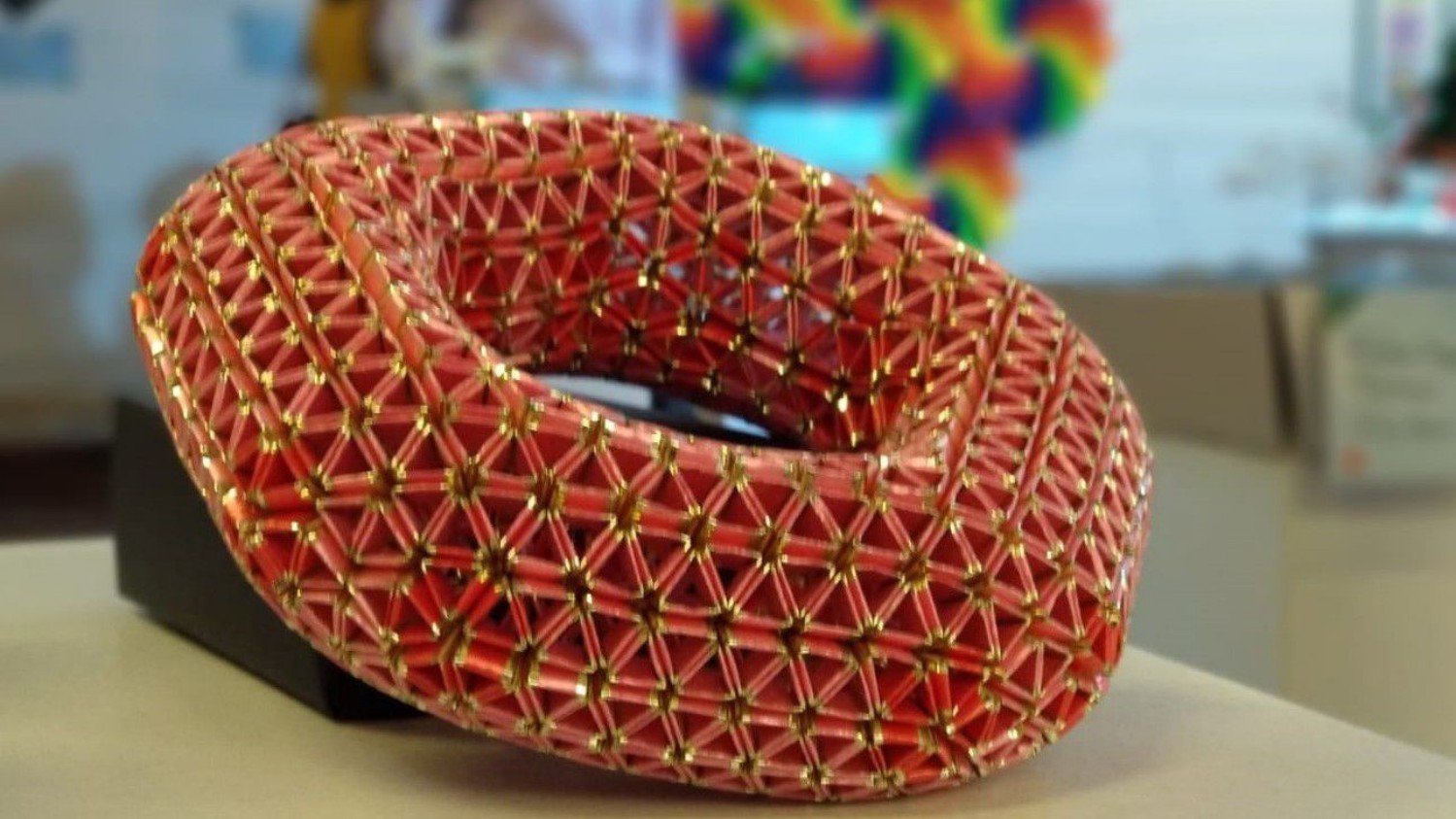 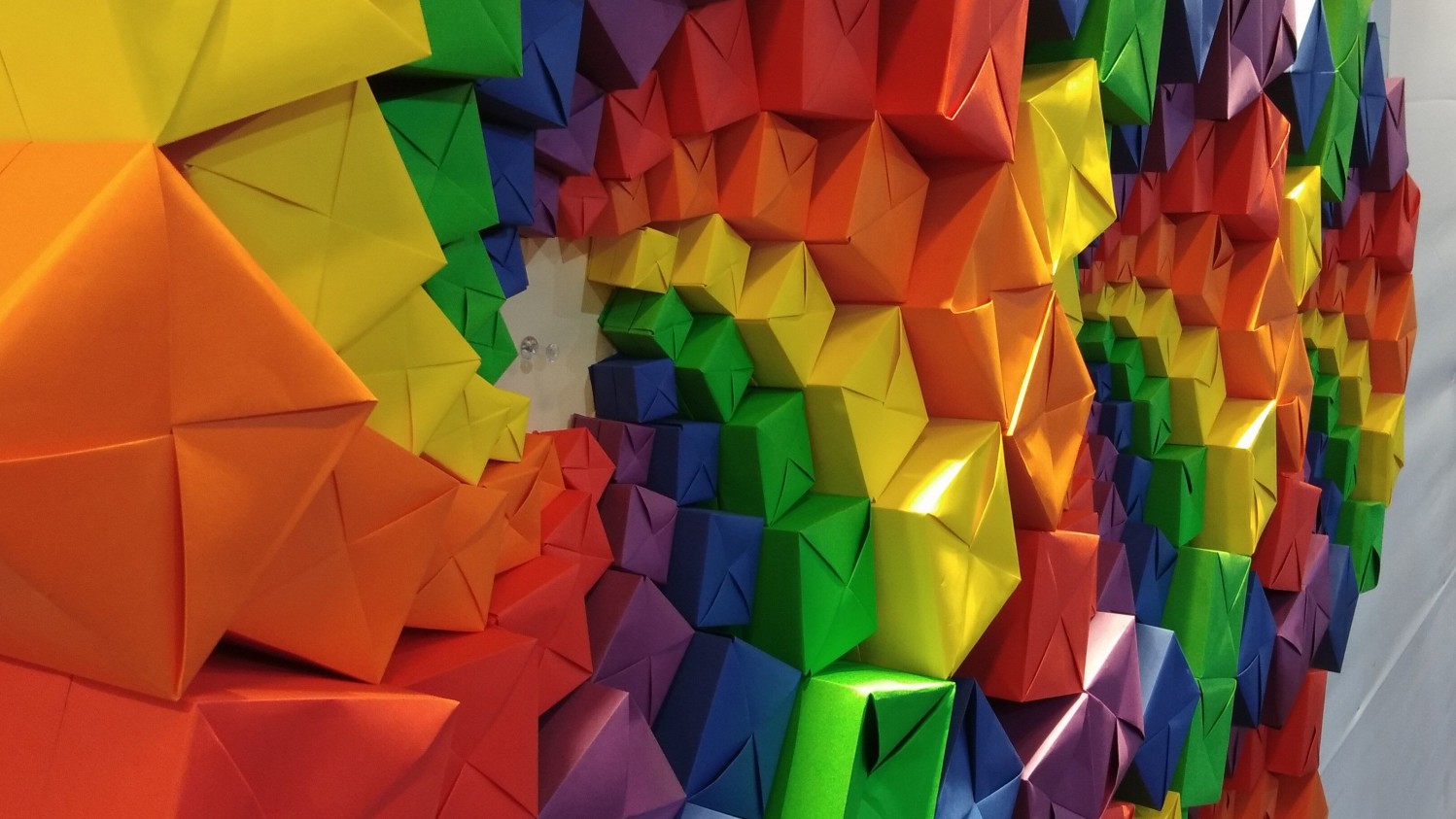 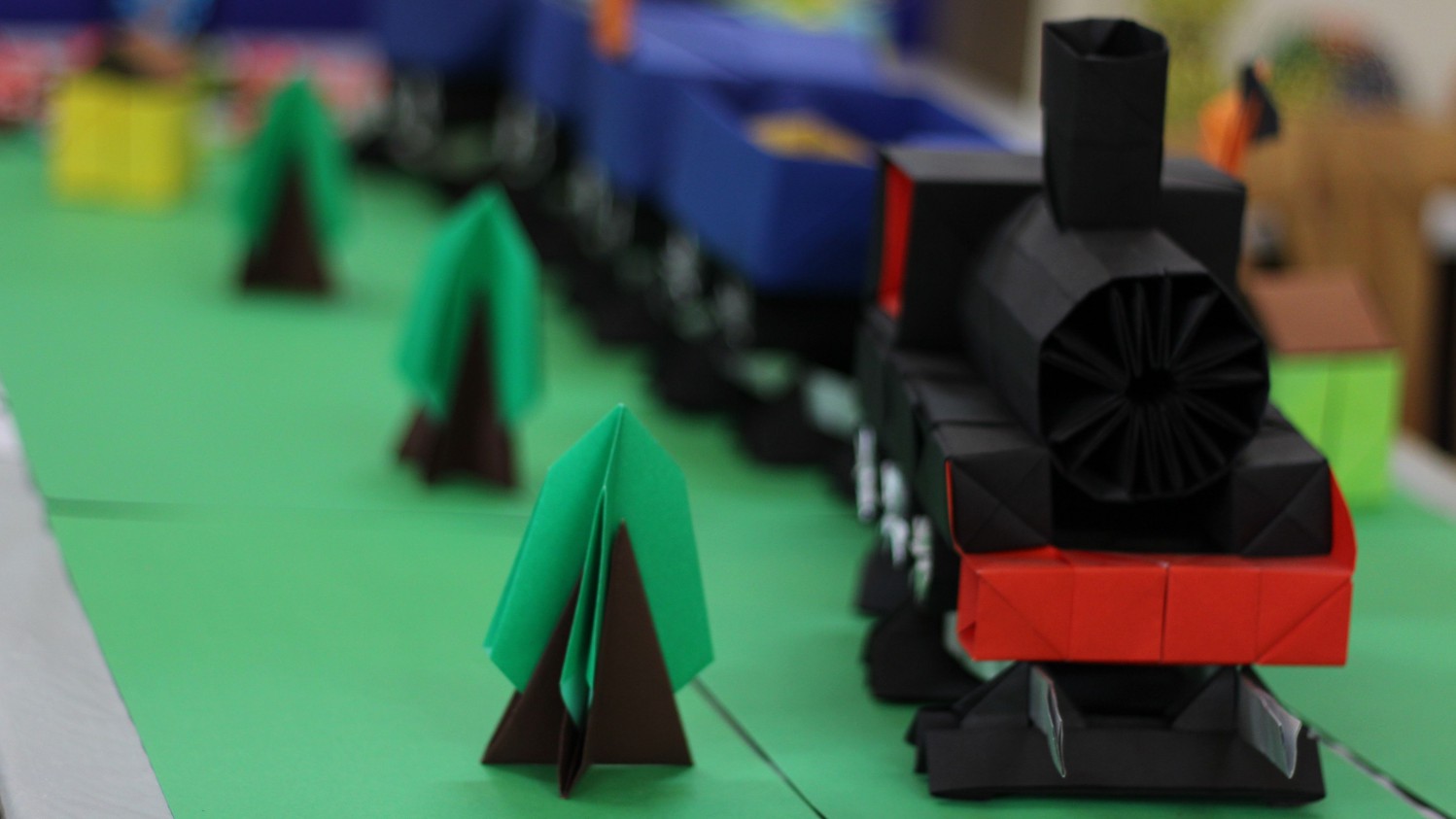 An unusual group
of paper folders 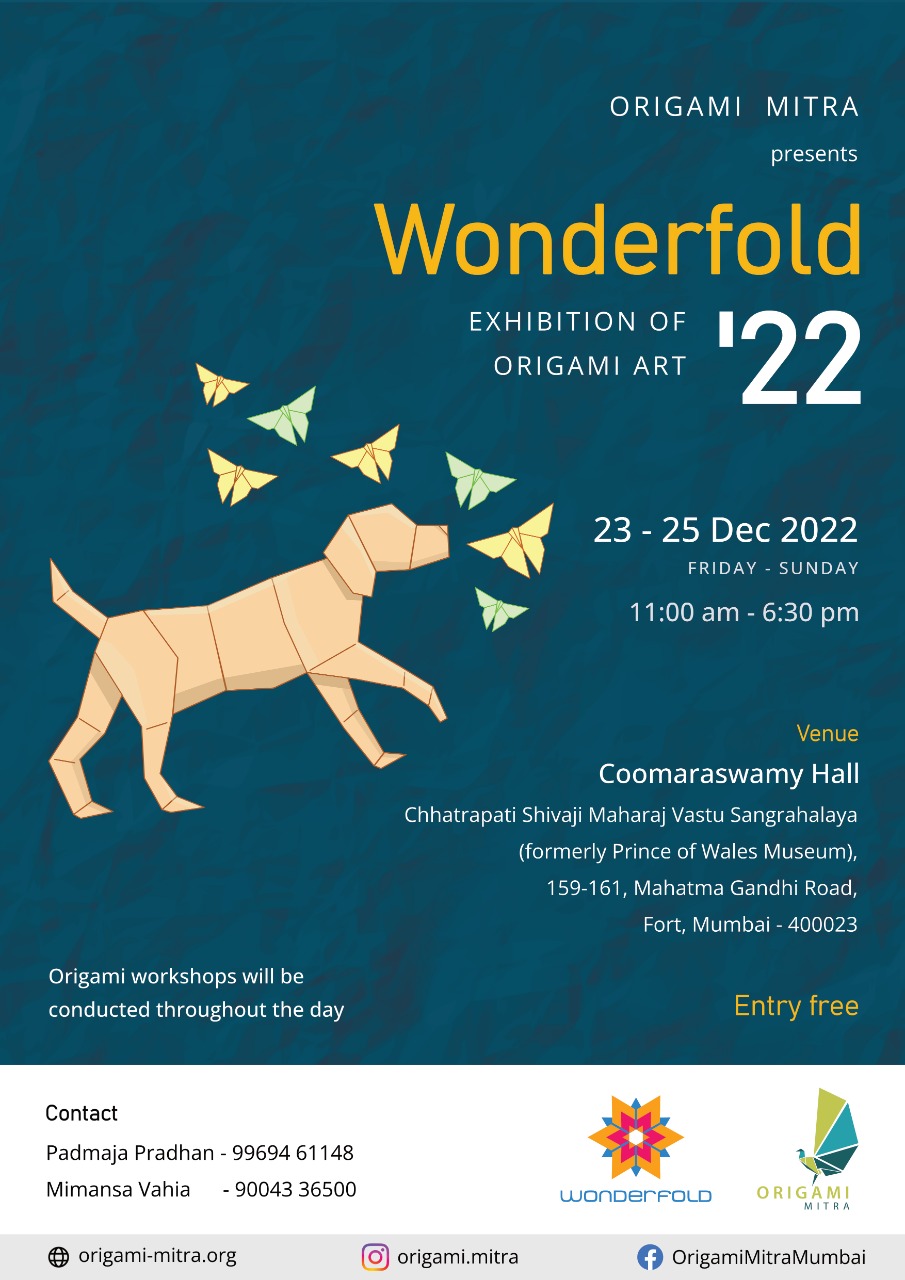 Wonderfold '22, our exhibition of Origami Art, with workshops to learn to Origami. 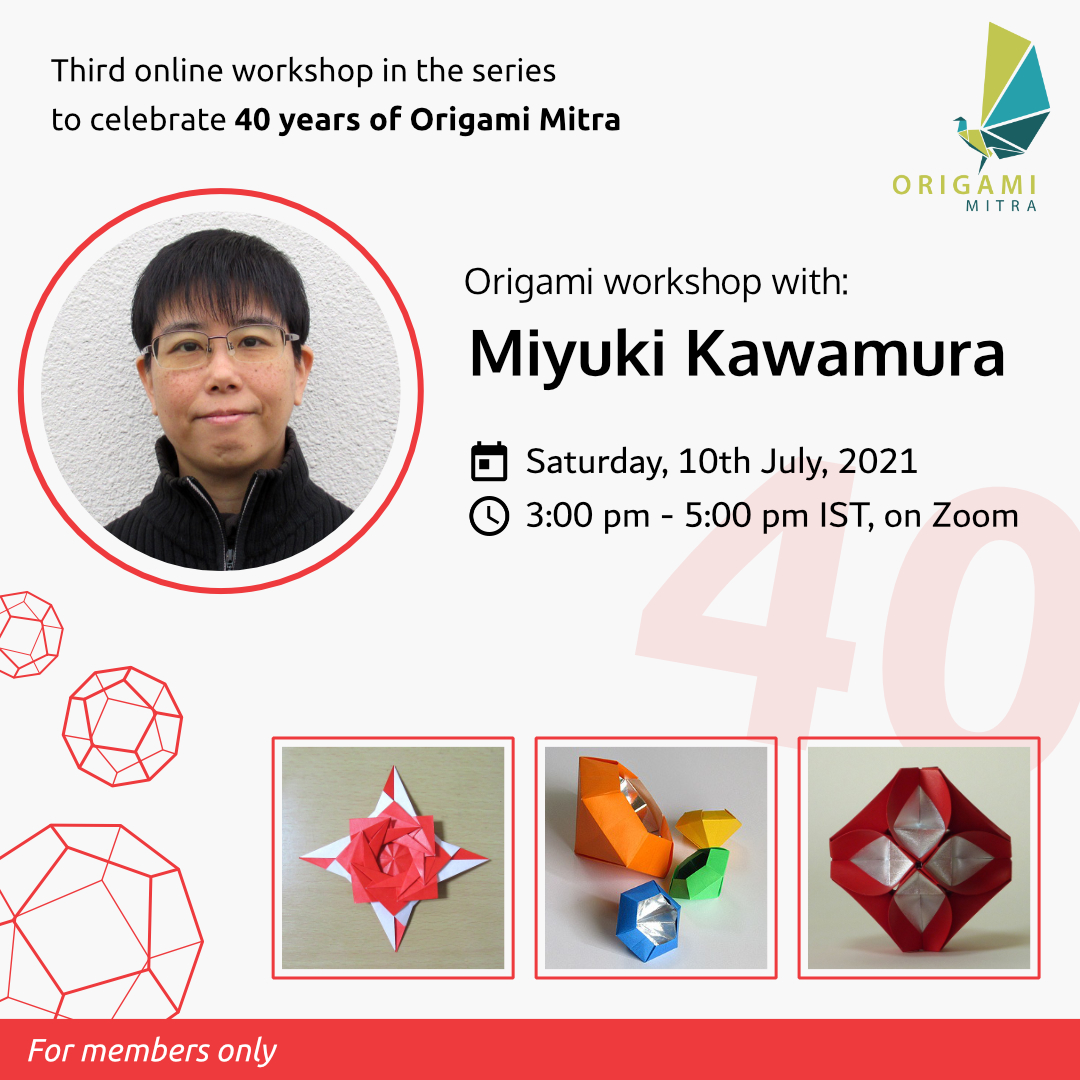 For the third workshop for celebrating our 40th Anniversary, we will be having Miyuki Kawamura as a guest.

Ms. Miyuki Kawamura is an Origami artist and a Board member of the Japan Origami Academic Society (JOAS), and is the host for the Origami Tanteidan Kyushu Convention every May.

Her work showcases the potential of applying mathematical theory into a form of origami art. She is well known in Japan as well as abroad for her innovative works in modular origami. She has published many books including "Polyhedron Origami for Beginners". 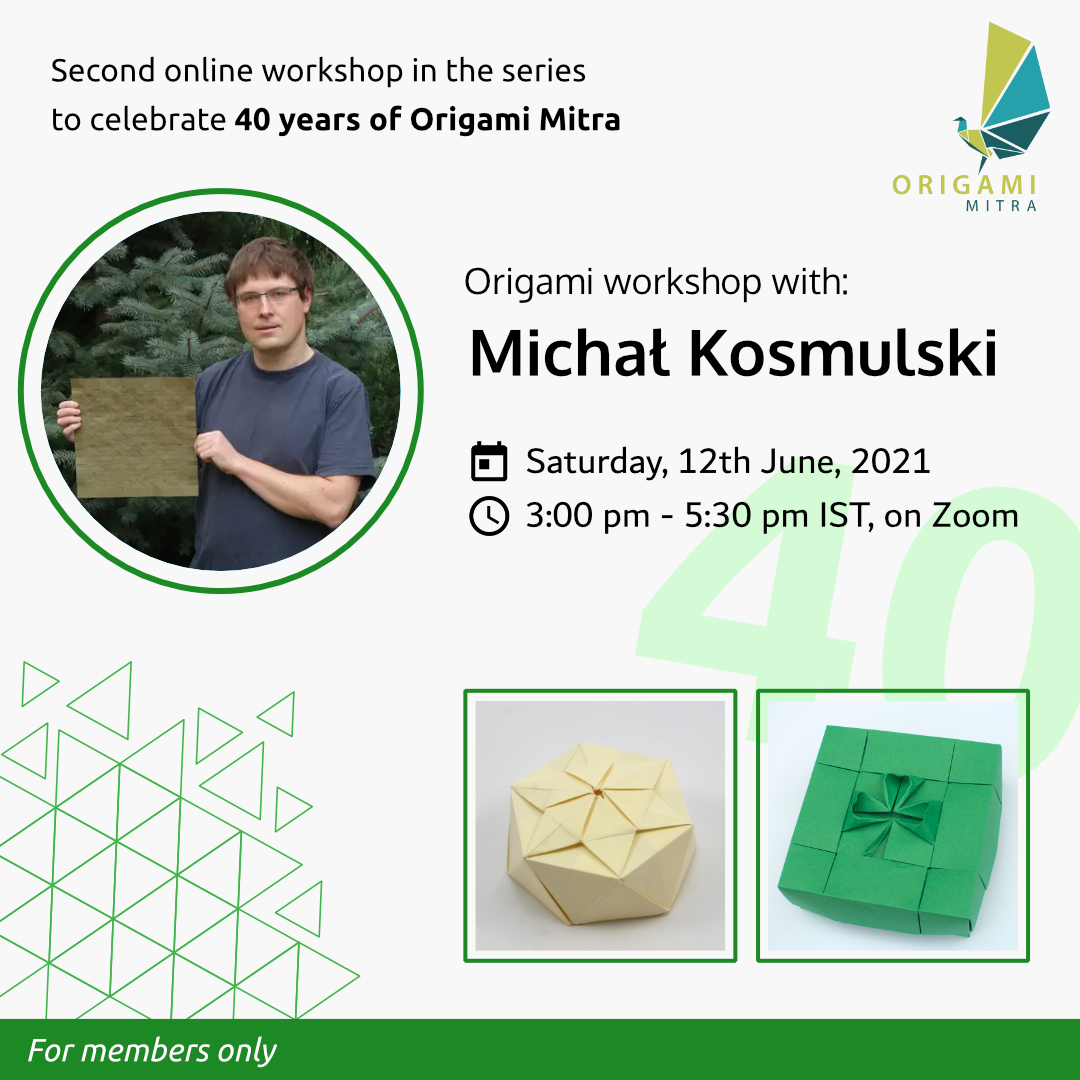 Continuing with our 40 years celebration, we will be having Michał Kosmulski from Poland as a guest for our second workshop.
Michał started folding around the age of eleven. In late 1999, he learnt about modular origami, which became his main origami interest for many years.
Currently, he mostly designs tessellations and boxes, but he enjoys trying out other styles too, and combining methods like using wet folding in tessellations. He has designed a number of modulars and simple figurative designs as well. 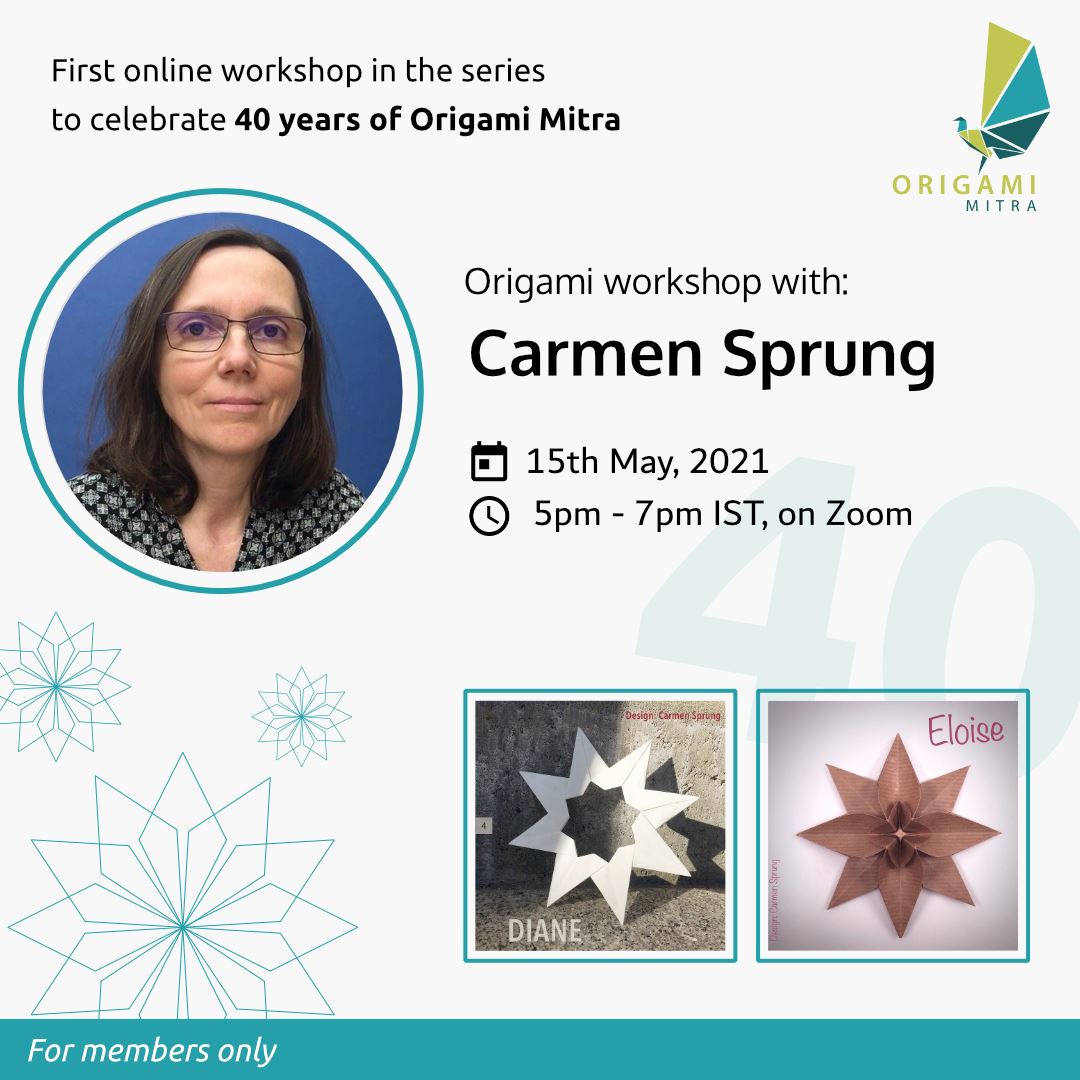 For the first online workshop to celebrate the 40th Anniversary of Origami Mitra, we had a special guest, Carmen Sprung from Germany.
She is well known for her clever and beautiful origami star designs. She published her first book “Origami 21 Sterne” in 2011 and her second book, “Origami 25 Sterne” came out in 2020.

You can see more of her work on her website and social media: 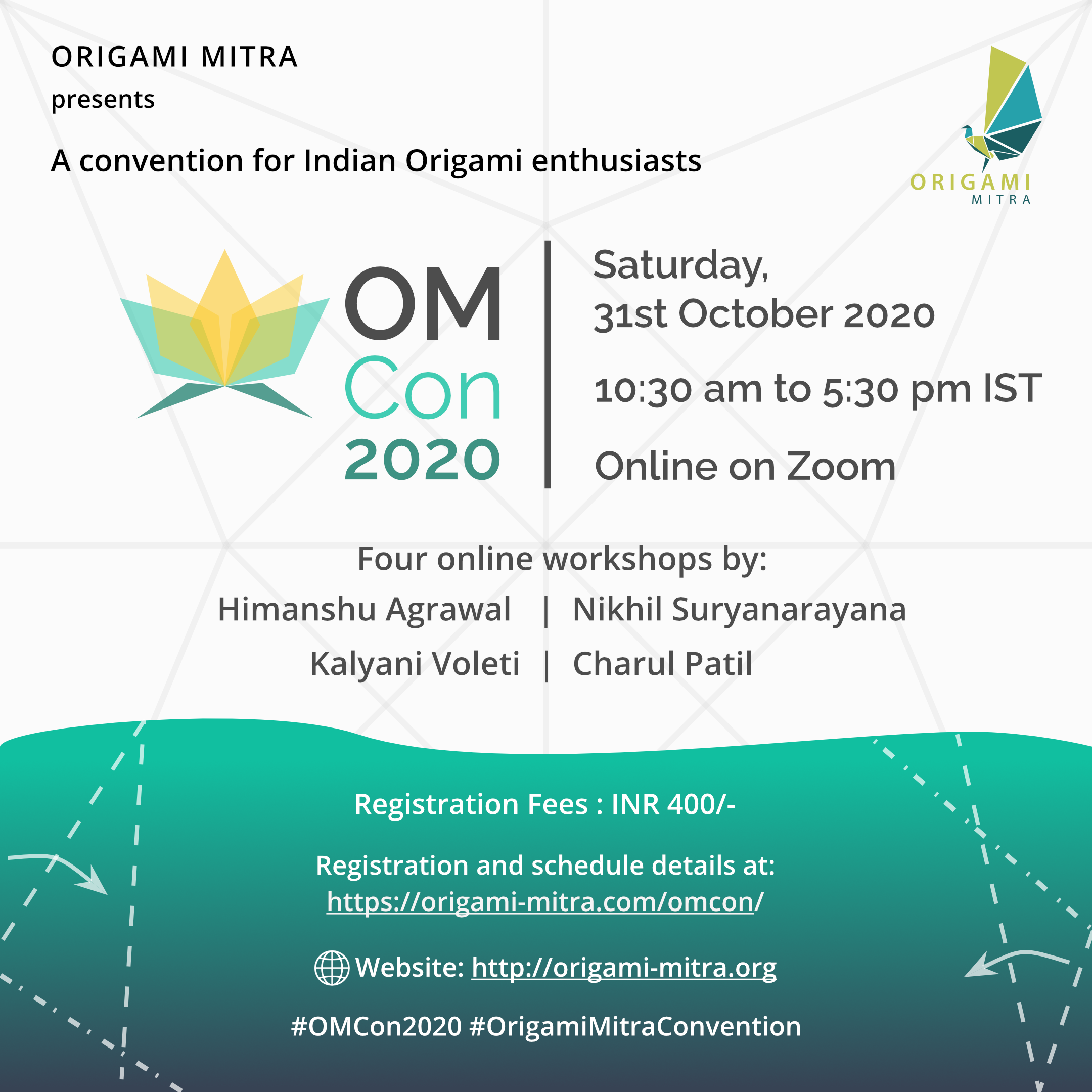 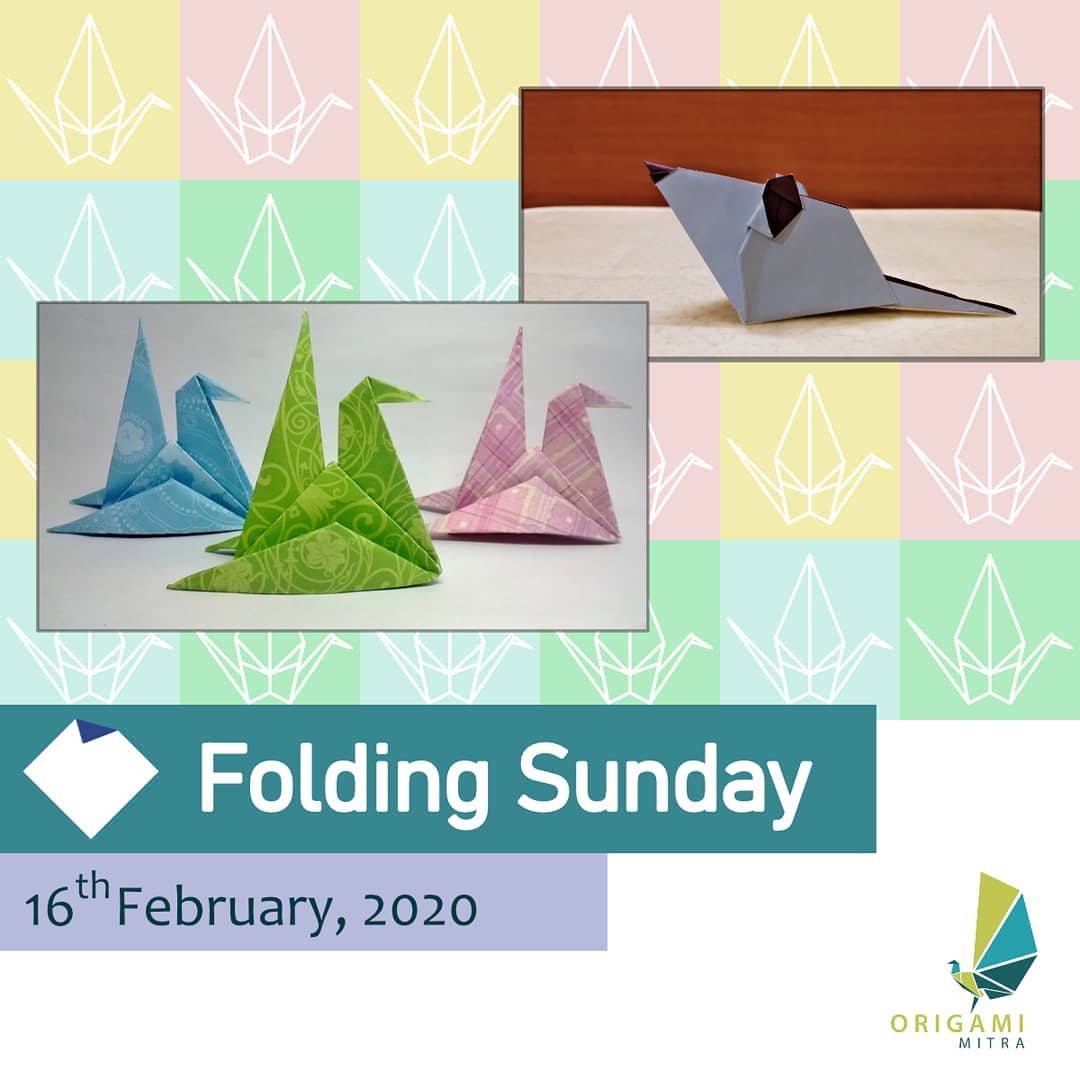 A day long origami session where members and non members will share models, teach each other, and fold collectively as a community.

Connect with us
on Social Media!